How pre-inspection contributed to a successful retrofit

Planning to retrofit the seals on your ship? A pre-inspection before the actual job can save you time and money! One of our German customers decided to pre-inspect its vessel before a retrofit to our Supreme Ventus® air-type seal and this blog explains how this inspection contributed to a successful retrofit.

Why this ship owner decided to retrofit

As many other ship owners this Bremen based shipping company had to deal with the regulations of the Vessel General Permit (VGP). The stern tube seals the company applied on its ships didn’t comply with the VGP and the company wasn’t satisfied with its current brand of seals anymore, so it was time to search for other sealing solutions. The need from our customer was clear: a sealing solution that meets the VGP requirements without shaft withdrawal. Our Supreme Ventus air-type seal matched this desire and the shipping company decided to retrofit the ship MT Apollo to this sealing solution.

“Lagersmit’s pre-inspection clarified the installation of the Supreme Ventus on board of the Apollo. Their ship engineers were able to supervise the installation during the docking and to guide the yard. In the end, we only needed two days of commissioning in the dock!” - Superintendent

Timeframe: from pre-inspection until installation

Before the retrofit took place, this shipping company chose to use our pre-inspection service. In this situation, one of our service engineers visited the vessel and brought several parts, which allowed the ship owner to make necessary arrangements for the installation, such as the Air Control Unit (ACU) and the header tank. The service engineer also informed the crew what to prepare before and what to expect during the retrofit. All of this took place in the middle of April when Lagersmit’s service engineer went on board in Rotterdam. After two days of commissioning in dry dock, the installation of the Supreme Ventus was successfully completed. 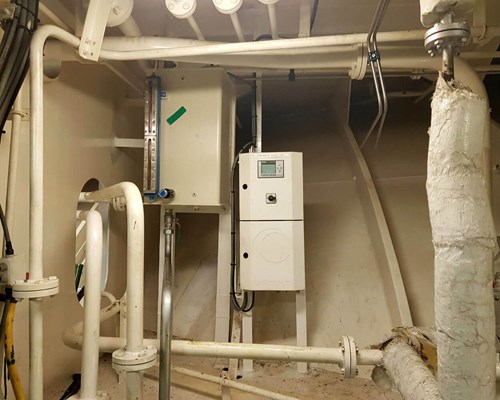 How the Supreme Ventus works

This stern tube seal works with a constant air flow that creates an air barrier between the oil and the water-repellent lip seals. This makes the seal VGP compliant, and ship owners can still use mineral oils. The Supreme Ventus also guarantees zero emissions of oil, an absolute minimum of wear and enables you to check the condition of the seal. 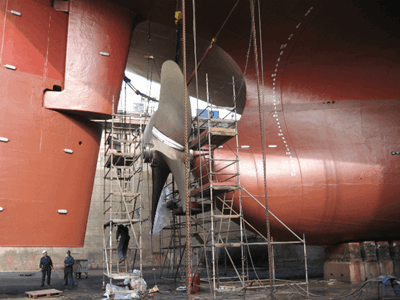 8 tips to prepare for a service job