Minerva Marine is one of the largest shipping companies in Greece. They used to apply conventional stern tube seals incorporating Environmentally Acceptable Lubricants (EALs) for meeting the VGP requirements, but they weren’t satisfied with these sealing solutions any more due to the poor long-term performance and efficiency.

Another motivation for a new sealing solution is that they needed to comply with the demands from harbours. Zero-emissions stern tube seals were not simply desired, but a requirement. Addressing the issues decisively from both engineering and financial perspectives Minerva Marine initiated a project for retrofitting conventional seals to the Supreme SeaGuard Ventus® air-type seal.

Given the limited time between order confirmation and retrofit commissioning – roughly a month – we managed to excel and deliver a factory tested and class approved system on time. Together with the technical engineer of our agent UMAR–WSR we managed to respond strongly, collaborated smoothly and ensured a successful commissioning of the system. Minerva Marine deeply appreciates the commitment, team spirit and eagerness to resolve issues in a thorough and timely manner during the installation. 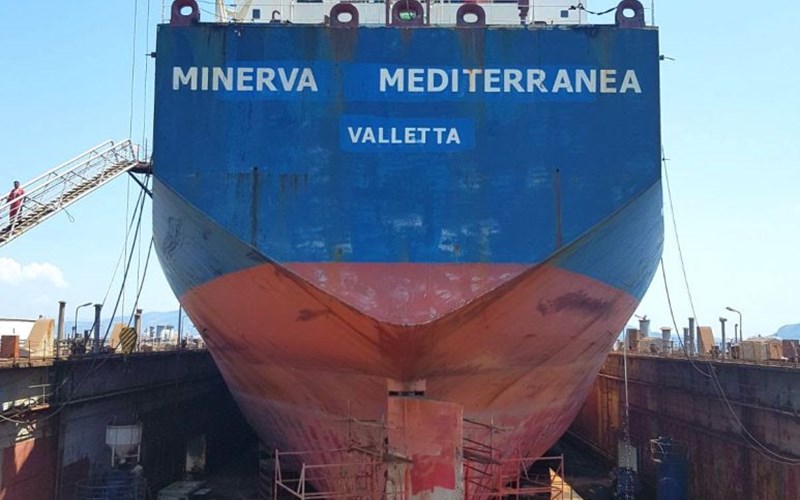 "Based on a thorough assessment the Supreme (Seaguard) Ventus outperforms other air-type seal solutions due to its unique design characteristics, i.e. simplicity, reliability and cost effectiveness."

Join hundreds of other shipping companies that rely on our sealing solutions. Send us your details and request a no-obligation quotation.

Contact us if we can provide you with more information about this project.