How the Afsluitdijk barrier dam keeps The Netherlands safe

We often look with pride to Dutch innovations and for that reason we would like to focus attention on the Afsluitdijk Project. The 80-year old Afsluitdijk is a symbol of the Netherlands’s battle against water. From the beginning it has on more than one occasion proven its barrier and economic function. This water control structure that once was much talked about has since been overtaken by time. With respect for its iconic value and its history, the Afsluitdijk will now receive a well-deserved facelift. The work will commence in 2017 and is to be completed by 2022.

Afsluitdijk 2.0 in a nutshell

The estimated costs are € 800 million. By way of comparison, the cost of constructing the dike 80 years ago was € 125 million. We will highlight a number of the activities involved.

As to the navigation locks, for Den Oever it was decided to construct a new water control structure in the outer port, just in front of the existing navigation lock. In conjunction with the desire expressed by the region, the locks at Kornwerderzand will not only be reinforced, they will also be enlarged. 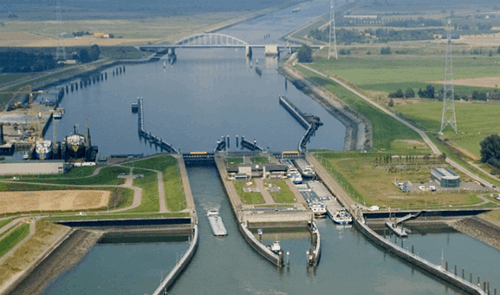 Climate change is the reason why the dikes of the Afsluitdijk require reinforcement. Flooding often is the consequence of climate change in the Netherlands. By optimally generating renewable energy from, for example, the sun, wind and water, the dike makes a contribution to as much as possible prevent this.

The Afsluitdijk naturally is the ideal place to generate renewable energy. Consider the amount of wind and the fact that light intensity in the north is higher than in other areas in the Netherlands. In addition, energy can be generated by using the water flows, the difference in water level between low and high tide, and the interaction of fresh water and sea water. Governments as well as knowledge institutes and companies have a great deal of interest in the theme of Energy & Water. These parties often work together within Energy Valley.

It is wonderful to see the degree to which the Netherlands is progressive when it comes to water. We have no choice and therefore just do it. Lagersmit is also consistently involved in coming up with innovative and durable solutions. Lagersmit’s seals, for example, such as the Supreme and Liquidyne seals, make locks more reliable and pumping stations more durable. 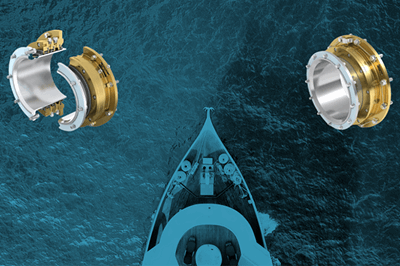 How do you achieve a more eco-friendly propulsion system and minimise the footprint of your vessel?

Four reasons why we don’t supply ceramic liners any more

Lagersmit appoints Encompass Marine as exclusive agent in the UK