The development of tidal energy

In an earlier blog we gave you an introduction in the world of tidal energy. Tidal energy is a great example of an alternative way to generate energy. Tidal power converts the obtained energy of the oceans tides into electricity. As sealing solution expert, we have been specialised in Tidal Generation shaft seals since 2003.

How does tidal energy work?

The constant rotational movement of the earth, sun and moon causes huge amounts of water to move around the world. These movements of water causes the tides (two high- and low tides) and are accurately predictable. In some places near the shore, water levels can vary up to 40 feet (12 meter). These changing tides can be used by turbines, barrages and fences to create power. 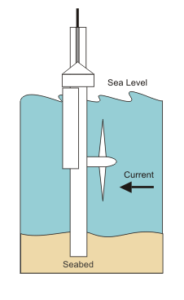 3 trends in the tidal energy market

Due to the worlds growing energy needs, the focus moves to the development of new and sustainable energy resources. The attempt to reduce carbon emissions has also contributed to the growth of tidal energy.

2. Worldwide growth
The past few years companies invested in tidal energy projects which led to a worldwide growth in the market. Researchers see tremendous potential and predict a major worldwide growth over the next decade. The tidal power market is expected to grow around 10,2 percent during the period from 2017 to 2023.

3. Large-scale commercial projects
The worldwide growth and potential lead to large-scale commercial developments in the market. Europe is predicted to be the market leader due to proposed wave and tidal energy projects around England, Scotland and France. However, South Korea is estimated to have the fastest growth in the world due to the large-scale installation of tidal barrages. In the Asia Pacific region, Australia is predicted to join the wave and tidal energy market.

How does a tidal turbine work?

Tidal turbines can be positioned on the seabed where the tidal flow is strong. They look similar to wind turbines and the moving water makes the propellers rotate which generates power. Tidal turbines capture more energy with the same size blades but are also more expensive to build.

Pros and cons of tidal turbines

In general there are both advantages and disadvantages to tidal turbines:

The Meygen project is the largest planned tidal stream project in the world and is located in Scotland. When the project is finished, 269 tidal turbines will generate enough power for 175,000 houses in Scotland. In August 2017 the MeyGen project has already set a new world record for monthly production from a tidal stream power station and has generated 2,200 MWh of electrical energy.

“We are impressed by the quality of Lagersmit’s products. The dedication of its team and the professionalism that has been displayed in working with our technical team was excellent.” - Atlantis Resources Corporation

In collaboration with Atlantis Resources we developed a suitable sealing solution for the MeyGen tidal turbines. At the beginning of 2016, we installed the Supreme TG-850 seals for their tidal generator.

An introduction in the world of Tidal Energy