Due to our expertise in the tidal energy field, tidal turbine supplier SIMEC Atlantis Energy (formerly Atlantis Resourses) got in touch in order to develop a suitable sealing solution for their tidal turbines for the MeyGen project.

Back in 2010 we were part of the first commercial prototype, the AK1000™. This tidal turbine has a capacity of 1MW and was equipped with a total package of shaft, bearings, bearing housing and shaft seal.

The Meygen project is the largest planned tidal stream project in the world and is located in Orkney, Scotland. When the project is finished, 269 tidal turbines will generate enough power for 175,000 houses in Scotland. In August 2017 the MeyGen project has already set a new world record for monthly production from a tidal stream power station and has generated 2,200 MWh of electrical energy.

Engineers from both companies formed one team, to go through the various design stages: from primary design until the finalization of the sealing solutions within the tidal turbine unit. After various design revisions and testing stages, we delivered and installed the Supreme TG-850 seals for Atlantis’ AR1500 Tidal generator unit in the beginning of 2016.

"We are impressed by the quality of Lagersmit Sealing Solutions product, the dedication of it’s team and the professionalism that has been displayed in working with our technical team to provide our clients with cutting edge sealing solutions for our turbines."

Join hundreds of other companies that rely on our sealing solutions. Send us your details and request a no-obligation quotation.

Contact us if we can provide you with more information about this project. 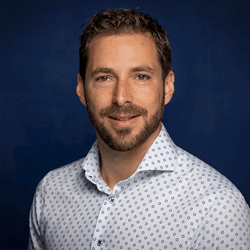